Vhils – is a tag name of the Portuguese graffiti/street artist Alexandre Manuel Dias Farto. Born in 1987, he now lives in Lisbon and London. The nickname does not have any hidden meaning, it is simply a block of the artist's favorite letters, easy and fast to note.

Vhils has become famous thanks to the unique technique of creating his works – the artist doesn’t use paint or spray (as other creators do), but uses what is already on the wall (e.g.: breaking plaster), and his work tools are the hammer, chisel, and drill. In this way, unique portraits are created – reliefs that are said to be "faces carved in the walls". It can be said that although Vhils apparently destroys the walls on which he creates, he actually brings a new life out of them. By using drillers, acids or bleachers, he discovers the original layer of the wall, practicing quasi archaeology.

Vhils was born in 1987 in Lisbon. He spent his childhood in the industrial suburb of the city, where he witnessed the transformation of Portugal (joining the EU, the democratization of the political system) and the accompanying revolutionary moods that many people expressed on the walls of the city. Then, in the late 1990s, Vhils became interested in the art of graffiti.

Soon, he left Lisbon for a few years and went to London, where he graduated from the University of the Arts. Currently, he shares his time between Lisbon and London.

The breakthrough for Vhils was the year 2008, when his portrait appeared right next to Banksy's drawing at the Cans Festival in London. Since then, the artist has been invited to numerous street art festivals.

The carved mural by Vhils in Łódź was created in autumn 2014 at 28 Kopernika Street, as part of the fourth edition of the Urban Forms Gallery Festival. 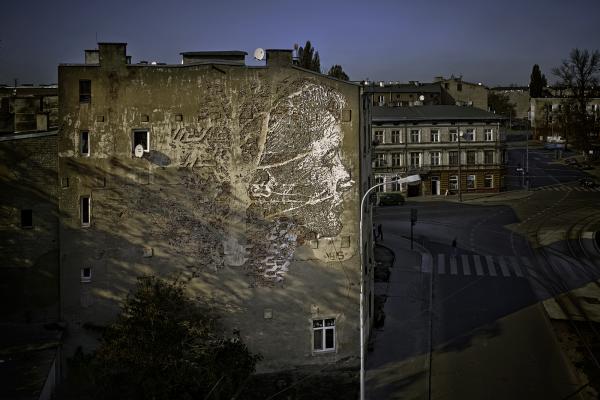 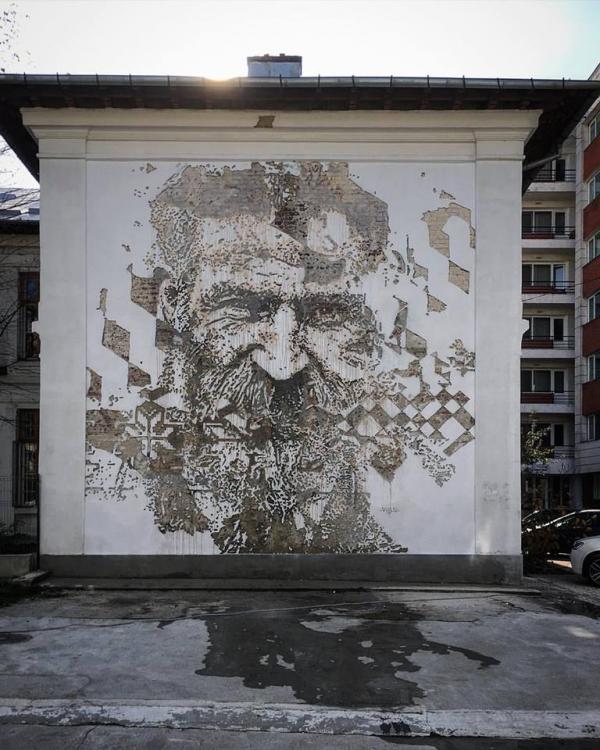 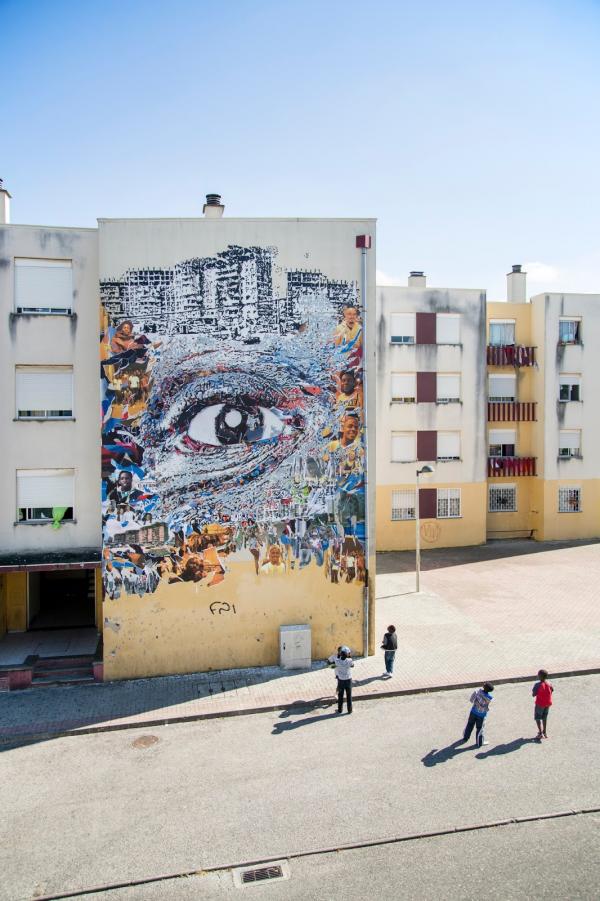 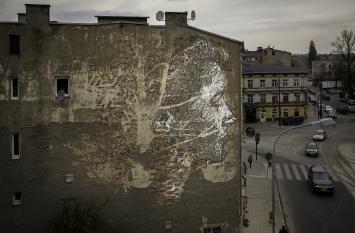