Tellas is a talented contemporary artist known for his unusual, abstract murals. He grew up in Sardinia. Its wild and harsh landscape became an inspiration for the artist and shaped his specific aesthetics. The combination of space and shapes is the most characteristic feature of his works.In 2014, the Huffington Post placed him on the list of the 25 most interesting artists in the world. Tellas uses various techniques to express his artistic concepts, such as large-format painting in public space, drawing, graphics, canvas, audio-video productions and installations.

In Tellas’s works, one can see complex relationships between organic elements, such as leaves, branches, water, and the environment created by man. His compositions often include a limited palette which consists of different shades of one color. Repetition of details that are hidden in a tangle of precisely defined lines creates an impression of depth and balance. The artist creates on the walls of impressive buildings but also on decaying and derelict structures.

In September 2017, he was one of the artists who created a project as part of the Łódź of Four Cultures Festival. His work can be admired on the building of the Central Clinical Hospital of the Medical University of Łódź. 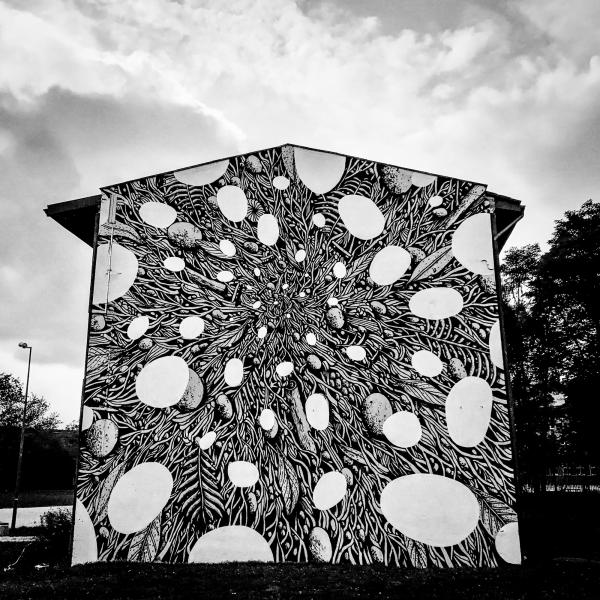 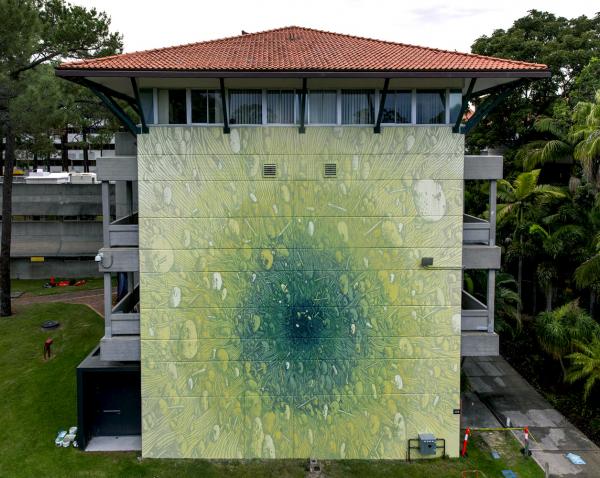 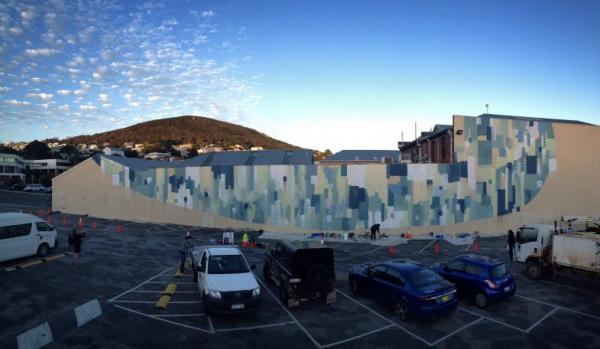 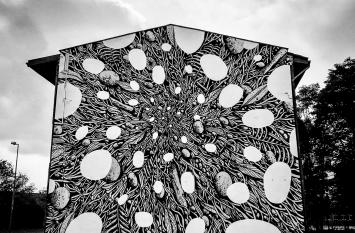