Stormie Mills is a native Welsh, but he lives in Australia. He is a prominent street and visual artist. A laureate of many awards and distinctions. He is interested in urban art of the 1980s. Such New York graffiti artists as Jenny Holzer and John Fekner had a great influence on the choice of his artistic journey.

His monochrome works are characterized by a refined and unique style of representation of characters that carry the message of hope, palpable presence, and humanity. Stormie Mills is an attentive observer of human nature and emotions, which is reflected in his art. The artist has been consistently realizing the international project "Lost Giants" for 7 years. His work can be found in Australia, Europe, the Americas, and Asia. His portfolio has been published in two books, “Proximamente” and “Dwi Yma”. In 2002, he was invited to create a large-scale mural during the preparations for the Athens Olympics.

The Łódź mural by Stormie Mills titled "The Thank You" was a project requiring a deeper interest in the place, its history and the present. The work refers to the difficult past of the Bałuty district, where the Jewish Ghetto was located, and where numerous human tragedies took place. This was where the transhipment point existed where over a quarter of a million Jews from Poland and Europe were sent to Nazi death camps in Auschwitz and Chelm on the Ner. At the same time, the work is closely linked to the author's thinking about the human condition, with the belief that the glass is always half full, and it is worth grappling with life regardless of the circumstances. The mural can be seen on the wall at 2 Młynarska Street. 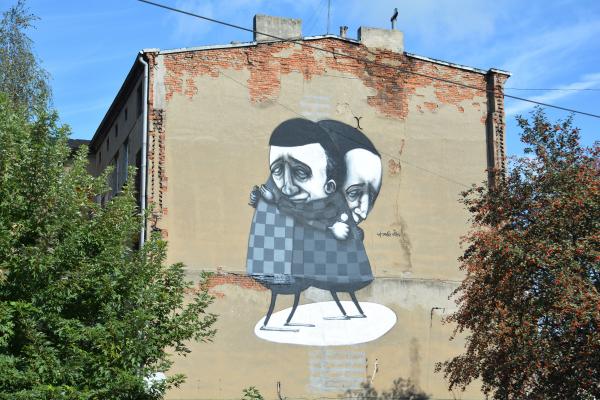 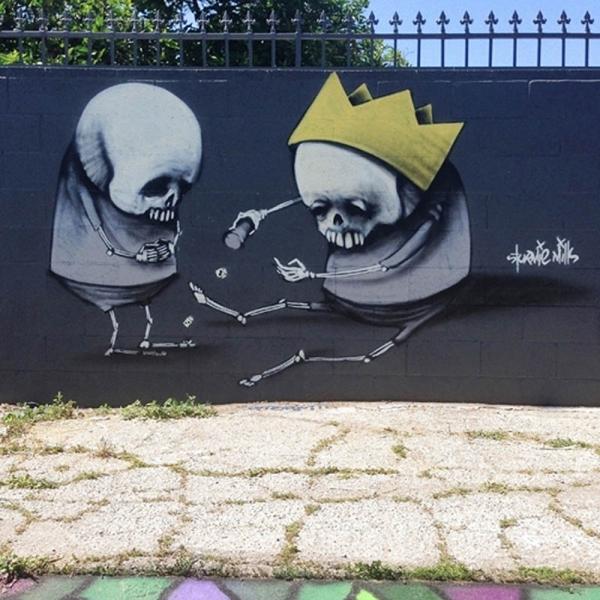 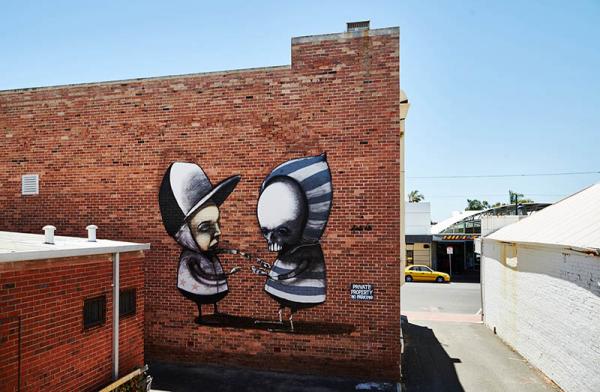 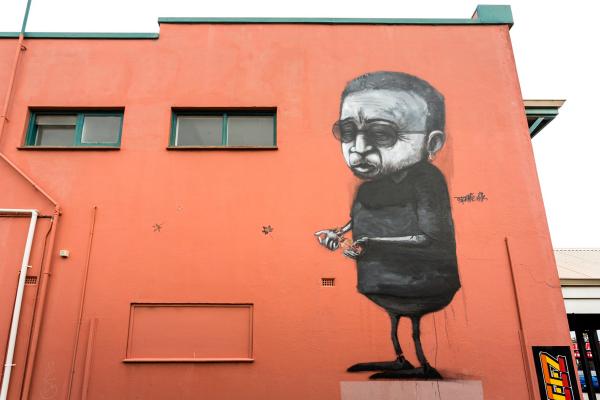 Stormie Mills - “So the wind won’t blow it all away”, 2016. Albany, Perth. Źródło: stormiemills.com 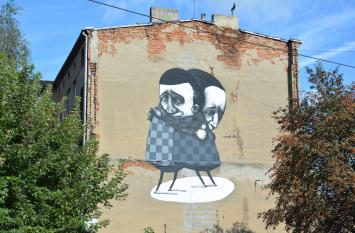