In his work, whose main starting point is the human figure and architectural space, he tries to capture something that defies verbalization – cultural, linguistic, moral, or architectural interferences. An important area for his activities and an important inspiration is the city's structure and its urban-architectural specificity. In this context, he treats murals as a means of organically emphasizing architecture and making it more meaningful. In his activities he is not limited to painting projects. He looks for artistic solutions combining painting and spatial activities/installations. The artist is interested in issues of interpersonal interaction with architectural space.

The first large-format work he created in Łódź, as part of the "City Energy 2016" Festival, is inspired by the city's experience, understood both as a general phenomenon and a specific urban space. Sebastian Bożek sees the city as a continuous structure, fluid, changing form, neither open nor closed, without the beginning or the end. As he emphasizes, the city is eternal, it disappears and is reborn, even if it is removed from the real space, the city exists in a collective memory and imagination, like Pompeii. The mural can be viewed at 3 Nowa Street. 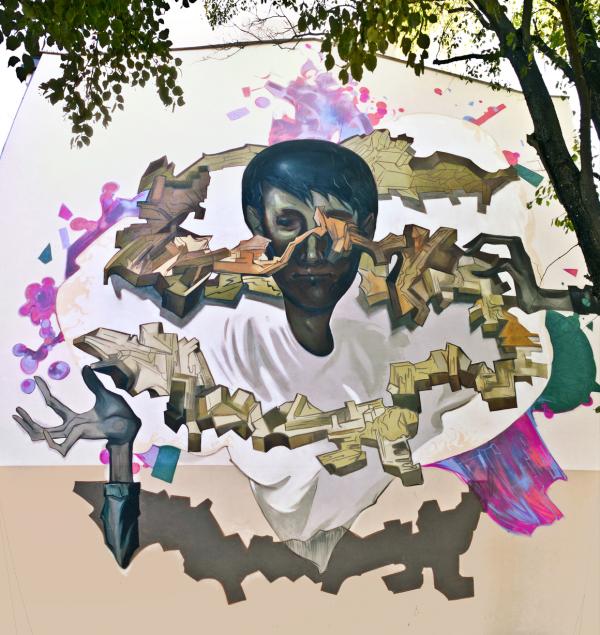 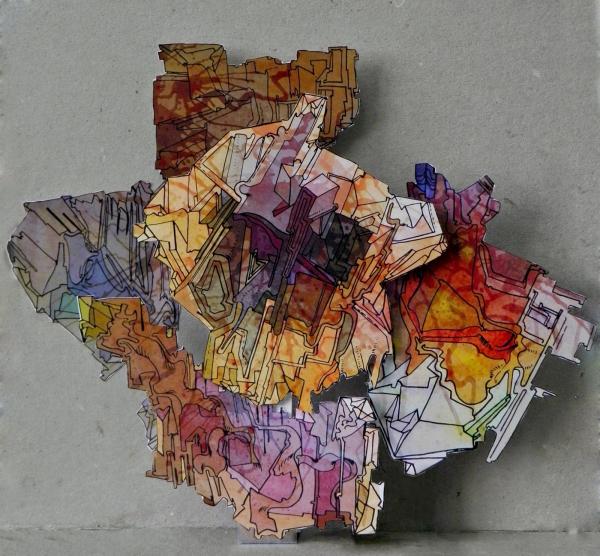 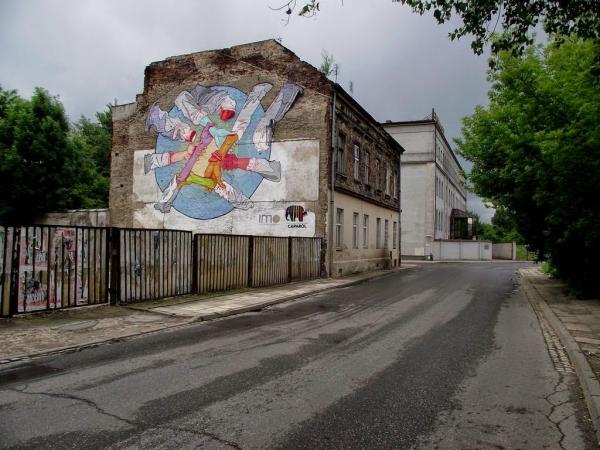 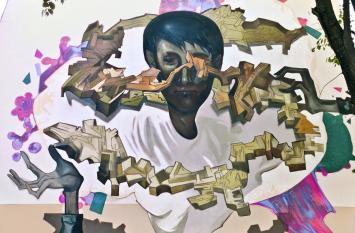