Roa – is a graffiti and street artist born c. 1976 in Ghent, Belgium. Though his works are known around the world, very little is known about the artist. Roa remembers wanting to be an archaeologist at a very young age. He collected little skulls of birds and rodents to draw at home. He grew up in the eighties and, influenced by American culture and music, quickly added curiosity about graffiti. His eclectic style mixed with European roots and unusual interests resulted in creating intriguing wall paintings. His theme is animals, especially rodents. The artist always starts painting from skeletons, then adds internal organs, and finally that which is visible outside. This adds realism to his work and makes his murals extremely unique. He often combines life, death, and life after death. Decisions about what animals to paint in a given place are made spontaneously, based on intuition.

The "Weasels Stealing Eggs" mural in Łódź, which opened the third edition of the Urban Forms Gallery Festival, is a perfect example of an artist carefully fitting an image into the surrounding space and of the use of existing architectural solutions. We can see it at 5 Nowomiejska Street. 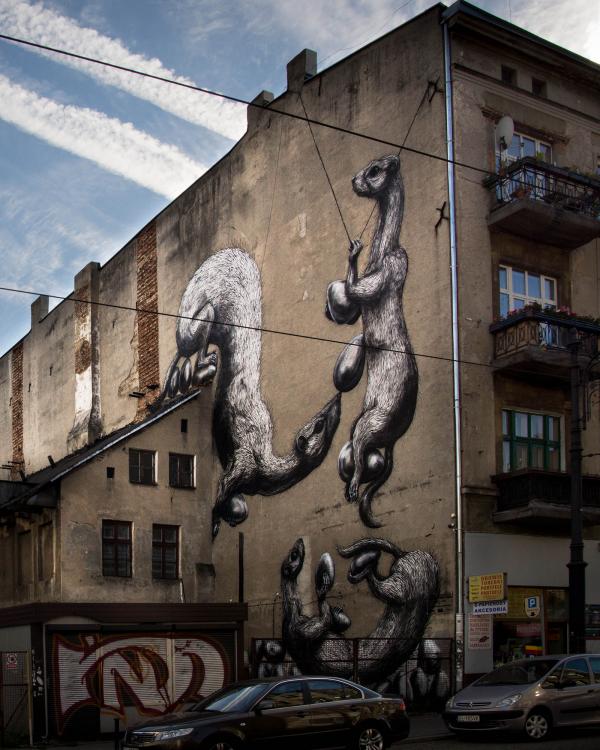 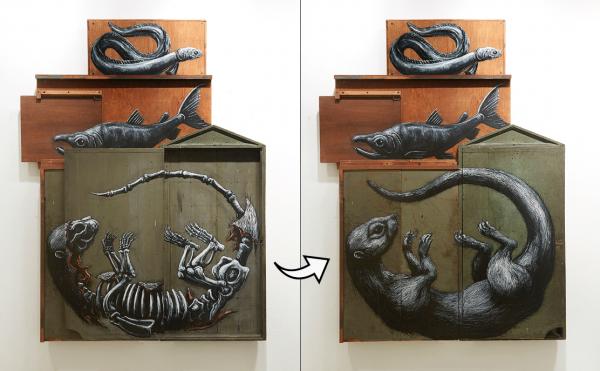 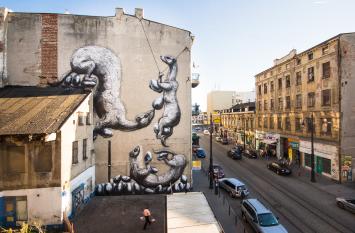