Paola Delfin – a Mexican artist. Her work is mainly influenced by illustrations, organic forms and a mixture of unusual materials. She was born in Mexico City, and since the time she was very small, she has always had a pencil and paper to help her visualize her own world through drawing. The topic she aims to explore relates to beauty and feminine sensibility. The artist tries to enrich her works – maintained in the aesthetics of her generation – with a reflective message. Her goal is to make her work available to all audiences.

Her introduction to the world of street art happened both spontaneously and inevitably after realizing that the messages she was trying to convey would become trapped and misunderstood on a small template, therefore, she found that using large wall space was a perfect way to express herself.

The mural Paola Delfin created in 2015 in Łódź can be seen at 3 Jana Brzechwy Street. 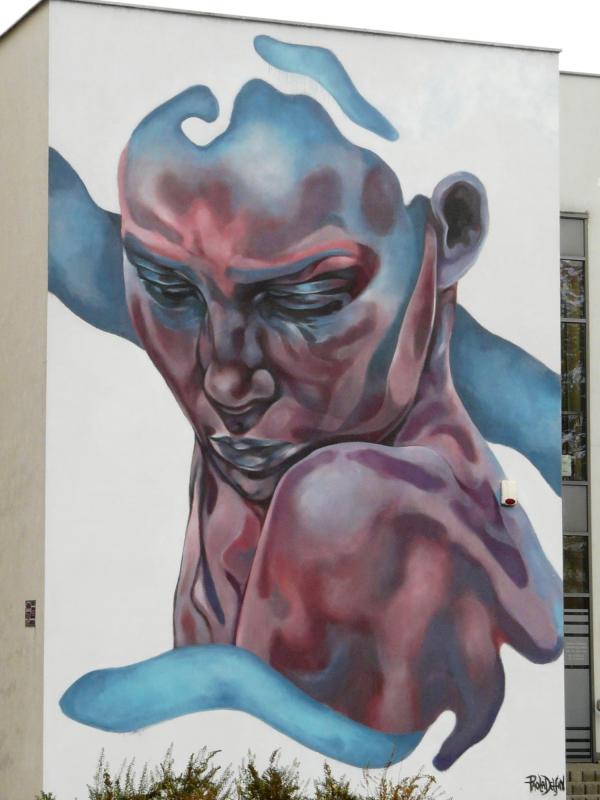 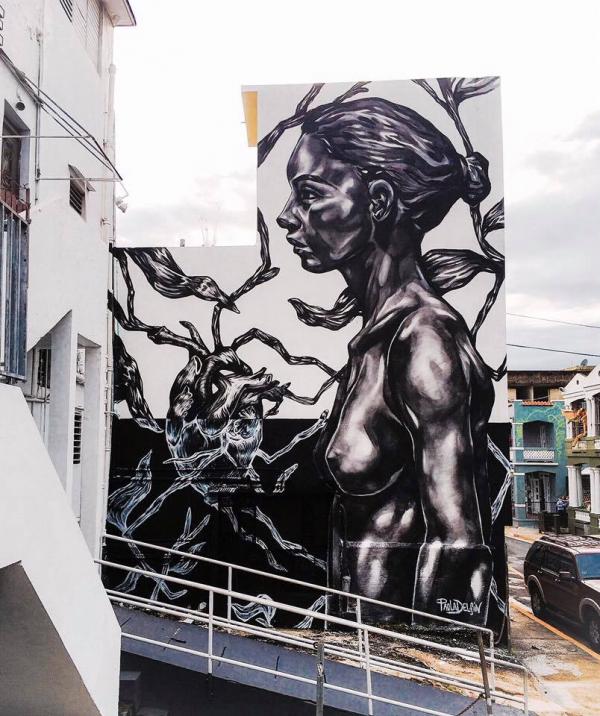 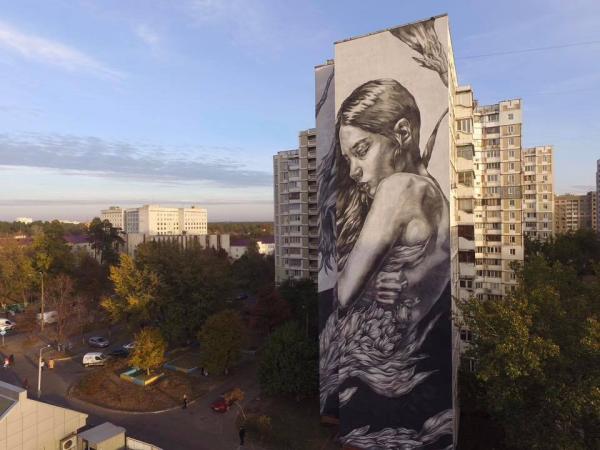 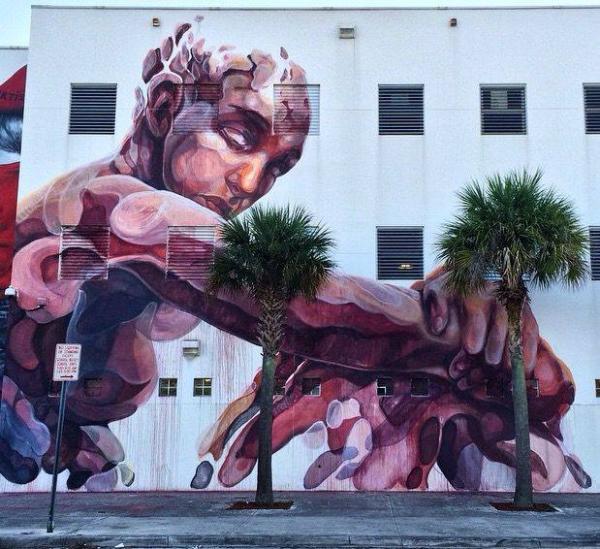 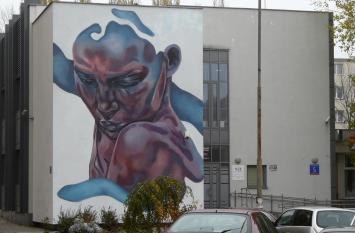