Wojciech Kołacz, also known as Otecki, deals with printmaking and illustration on a daily basis. Since the late 1990s, he has been interfering in urban space through his activities. He paints murals, places paper works done with traditional graphic techniques, and sticks small sculptures on city walls. All these actions are a subtle way of blending in with the chaotic tissue of the city. His works – "urban tales" – are a kind of reinterpretation of timeless legends, myths and fairy tales.

He graduated from the Academy of Fine Arts in Wrocław (diploma under the supervision of Professor Eugeniusz Get-Stankiewicz and Professor Przemyslaw Tyszkiewicz). He teaches graphic design at the Agora Cultural Center in Wrocław. He conducted a small private serigraphy workshop.

Otecki’s mural in Łódź was created in 2012 during the second edition of the Urban Forms Gallery Festival. It can be seen on the building at 2/4 Rybna Street.

In 2014, Otecki – in collaboration with the Urban Forms Foundation – created two murals: one in Kostrzyń on the Odra River, through the initiative of the Kostrzyń City Hall, and one in Łęczyca as part of the Project Design Festival. 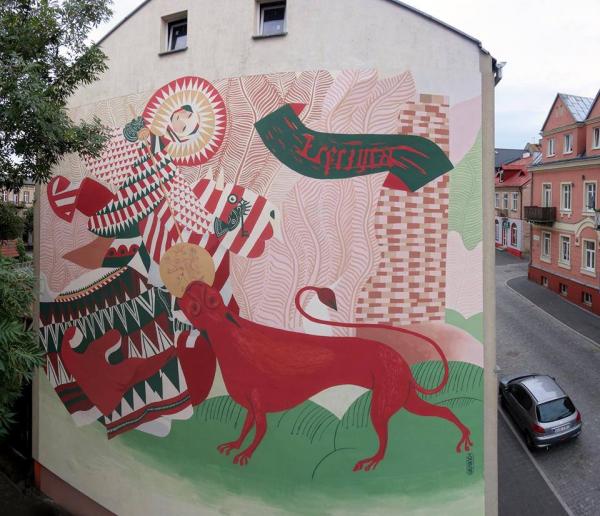