Francisco Rodrigues da Silva – a Brazilian graffiti artist (due to his origin also called “grafitiero”), uses the alias Nunca (“never” in Portuguese), which is a declaration of rebellion and freedom from cultural and mental limitations.

Nunca was born in 1983 in Sao Paulo, where he lives until this day. At the age of 12, he joined a street gang and made his first attempts at graffiti on the city walls – those were mainly blunt slogans expressing opposition towards the difficult living conditions in Sao Paulo. Several years later, when Nunca moved to a different district of the city, he abandoned tagging (inscriptions), to embrace a more thought-out form of expression – and as a result colorful, figurative murals began appearing with references to the local aesthetics and culture. In his paintings, Nunca makes a diagnosis not only of modern Brazil, but also its not always positive past. The socio-political criticism which is encapsulated in the artist's images has created a situation where Nunca is very respected internationally, but in his home country of Brazil he is even accused of betraying his roots. This is because his murals make references to such uncomfortable issues as cannibalism, the uncontrolled export of natural goods (the deforestation of the Amazon rainforest), or the influence of globalization on local culture.

One interesting fact is that in 2010 Nunca designed the jerseys of the Brazilian football team for Nike, which was not received well by the community of Brazilian independent artists.

Nunca is one of the most popular street artists in the world. Apart from street art, he also paints traditional paintings, which was honored through an exhibition of his works in London's Tate Modern Gallery. His murals can be found on the streets of the entire world. The artist combines modern trends with native motifs, taking on subjects pertaining to tribal identity in a metaphorical manner, and through painting portraits of Brazil's native inhabitants. He collaborated with many other Brazilian street artists, such as the Os Gemeos brothers, the artists hailing from the same city and social environment.

The artist's mural in Łódź was created in 2014, at 25 Narutowicza Street, during the fourth edition of the Urban Forms Gallery Festival. 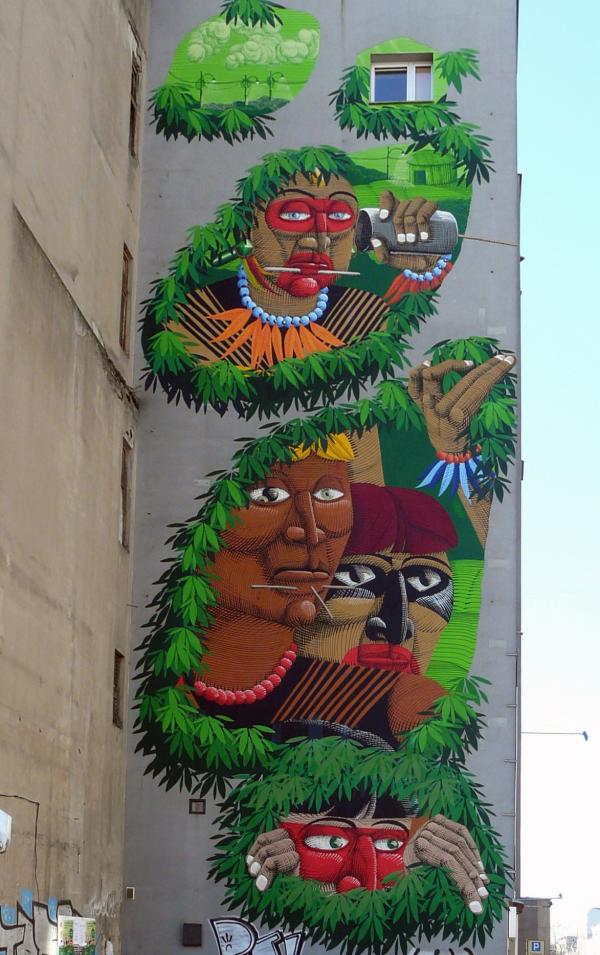 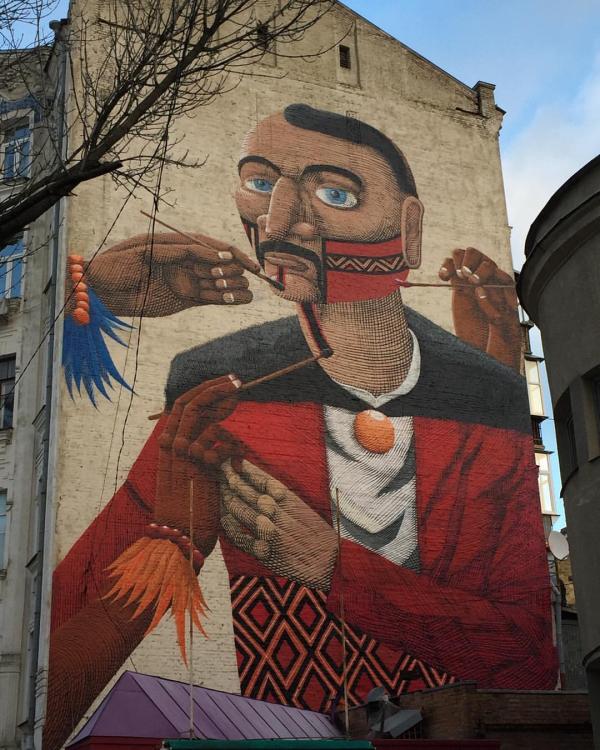 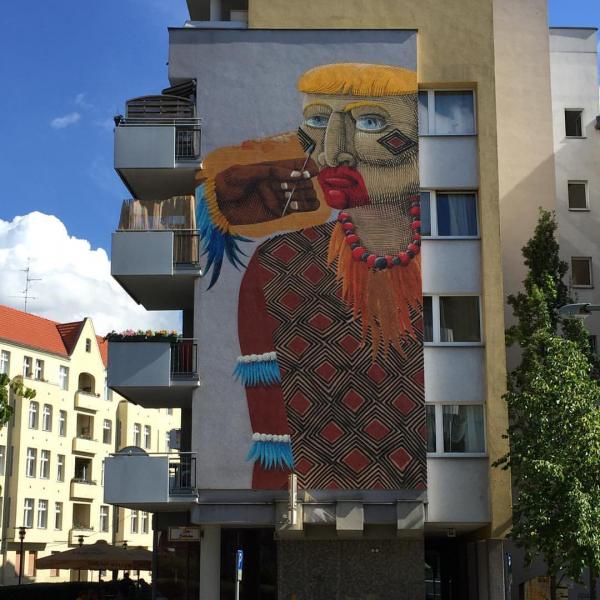 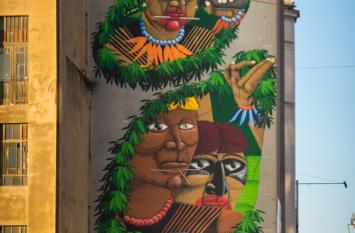