An artist and poet born in Tel-Aviv. She began writing poetry during her service in the army. Searching for ways of getting through to a wider audience with her poetry, she began writing her poems on wooden boards which she would then nail to posts.

Her works touch on a large variety of subjects, because Nitzan, as she herself claims, has “a million things to say”. Usually, the poetry which she paints in the form of murals has a deep connection to a chosen location, referring to the character of a given place, and creating a coherent, beautiful whole. She is studying art and poetry at the Minshar School of Art.

In Łodź, Nitzan painted her first mural which belonged to the category of street poetry during the “City Energy 2016” Festival. A poem in Polish and Hebrew, dedicated to Bałuty – a district of Bałuty which contained the Jewish ghetto in the past – came into being based on materials passed on by the Urban Forms Foundation and the Marek Edelman Dialogue Center in Łódź. It can be seen on the wall on Pasterska Street (at the corner of WiN and Pasterska Street). 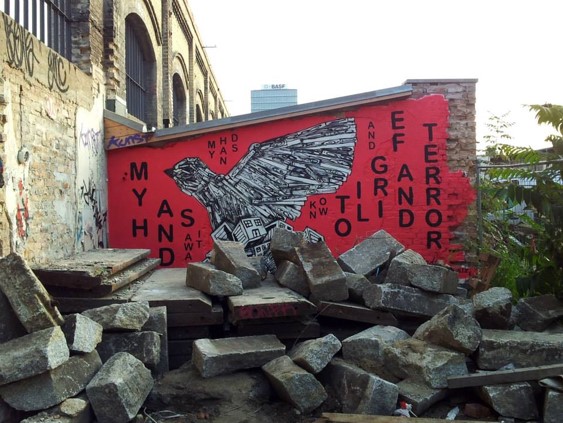 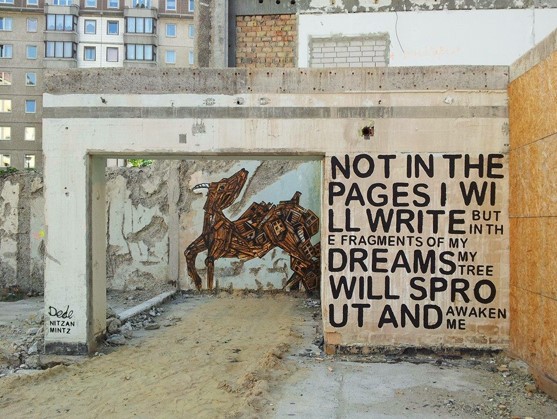 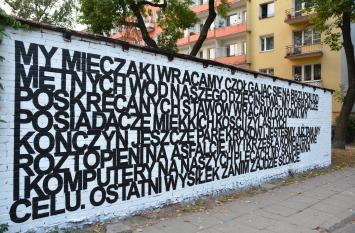