Marat Danilyan aka Morik – born in 1982 in Novosybirsk (Russia), a street artist, a graphic designer and an illustrator. Educated in a children's art school, he has been drawing since childhood. Although he is a graduate of Philology and Economics at the Novosybirsk University, finally he decided to dedicate himself to art. In 1998, thanks to the Internet, he became acquainted with hip-hop culture and fascinated with graffiti art. “I started as a graffiti artist, balancing between wild style and 3d – says the artist – next, I introduced photorealism and surrealism into all that. Now I use a mix of everything that I have ever done: I combine photorealistic elements with typography towards which I lean because of my experience with graffiti. On top of that, I add a ton of details and abstract forms. I pay more attention to the drawing, the form, colors, and graphic arrangement than I do to the message. Although, of course, there are exceptions”. Combining symbols with abstract compositions, realism with expressionism and elements of futurism, Morik has created his own, recognizable aesthetics. In 2011, along with Andrzej Aber, he set up the First Graffiti Agency (FGA), an agency which does commercial pieces in Russia as well as other countries.

Morik's Łódź mural, “After the Call”, was created in 2014 for the Urban Forms Gallery project, in collaboration with the program called Mia100 Kamienic. It can be viewed at 9 Więckowskiego Street. 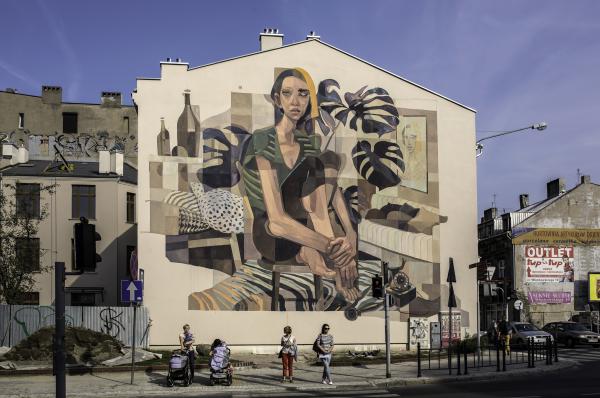 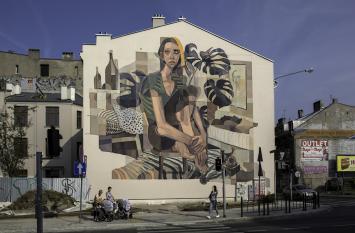