Moneyless is an Italian artist whose art is an interesting mix of traditional graffiti and the so-called high art. He took his first artistic steps at the age of three, when his parents allowed him to paint on the walls of his room. Following this early-chosen path, as a teenager, he co-created the graffiti scene in Tuscany. A few years later, he began studying at the Academy of Fine Arts in Carrara, and then continued his studies in Florence. The actions taken as part of different artistic conventions have helped him develop a unique style.

In his art, Moneyless strives for maximum simplicity through a clean, minimalist form and economical process of creating his works. Both in his paintings and installations, he explores the relationship between the simplicity of the geometric code and the complexity and non-obviousness of the meanings hidden behind it. His multidimensional, dynamic projects – created both on buildings in city centers and on abandoned, decaying structures in the city periphery – always enter into a dialogue with architecture and the environment.

In Łódź, he created a work as part of the Łódź of Four Cultures Festival 2017. Thanks to him, a bit of color appeared in a gray area of our city! 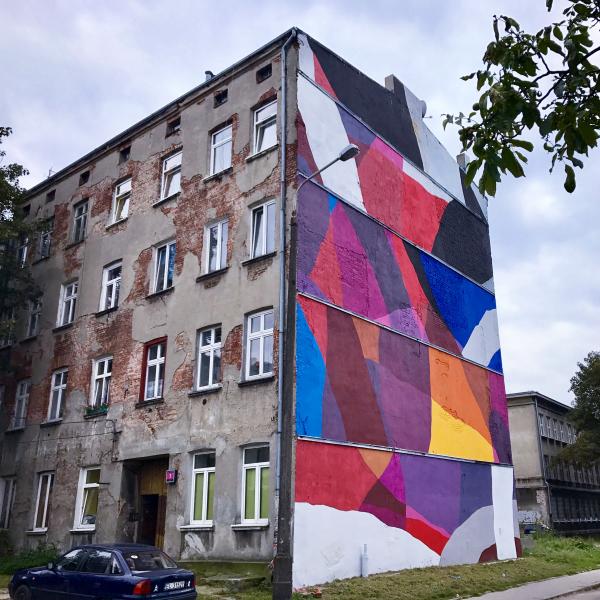 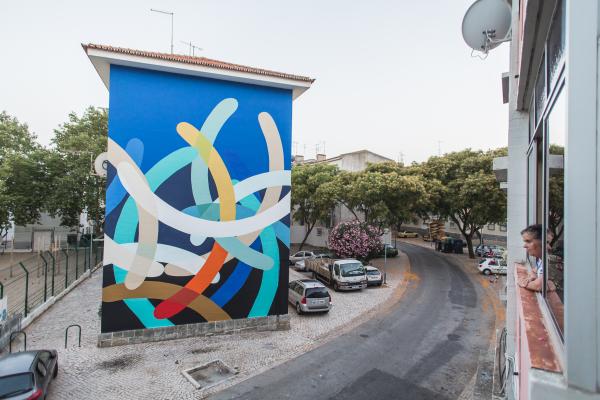 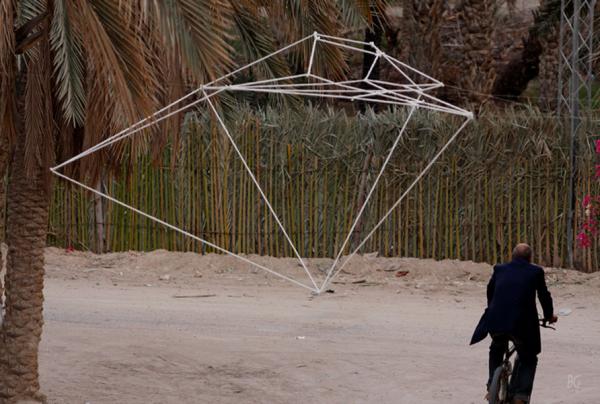 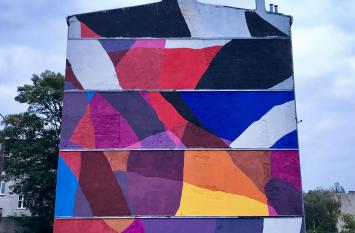