Massmix is a Warsaw-based sticker art collective, consisting of independent artists, such as bufu bufu, goro, ixi, color, mrufig, and zrazik. Massmix is based on a bank of graffiti samples which are replenished by the group of artists. The sample collection is a common good, everyone has a right to utilize them within the group's activity. Various elements that are used in projects come from this collective resource. Depending on the scale of the project, they can be stickers cut out of self-adhesive foil or stencil modules. From these elements, as if they were blocks, the Massmix group creates its improvised compositions. A fixed element of the group's activity is the act of inviting their audience – passersby – to take part in the project and organizing workshops for children and youth. The collective is closely connected to the organization Vlepvnet.

In Łódź, a mural by Massmix was created in 2010 at 35 Pogonowskiego Street in the framework of the project Lipowa 2010. The Reactivation. 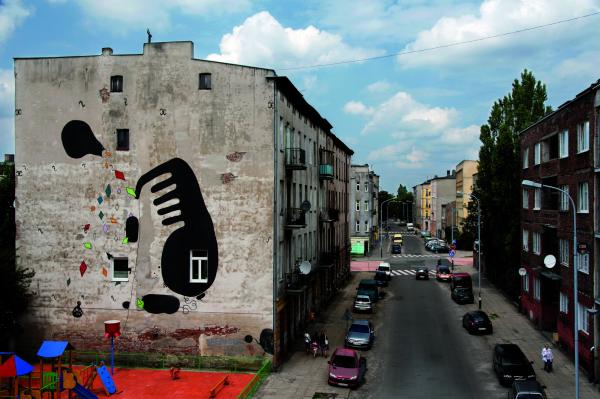