Mariusz Waras aka M-City – born in 1978 in Gdynia, a graphic artist, an exterior painter, a traveler, and an amateur architect. A graduate of the Academy of Fine Arts in Gdańsk, where he is currently an assistant to Prof. Jerzy Ostrogórski in studio art. The author of several hundred murals in the framework of his own project called m-city. He works with the stencil technique. For his paintings, he uses special matrices which are cut out either in cardboard or thick foil, which he places onto the painted surfaces and later covers in paint. Using this technique, one can create simple monochromatic pieces, as well as works which are more complicated, requiring the making of many stencils and precise planning of the order in which the paint should be applied.

The main motif in his art is the cityscape and a fascination with industrial architecture. His works can be seen, among other places, in Warsaw, Gdańsk, Berlin, Paris, Budapest, Sao Paulo, Rio de Janeiro, Bolzano, London, Prague, Bogota, Tokyo, Istanbul, Melbourne, Taiwan, and Milan, as well as in art galleries. By trade, he is a graphic designer – a freelancer, awarded multiple times in various contests. In Łódź, his works can be viewed at 19 Legionów Street (a mural for the Urban Forms Gallery project in 2011) and 16 Tuwima Street (a mural from 2013, realized during the Mia100 Kamienic program). 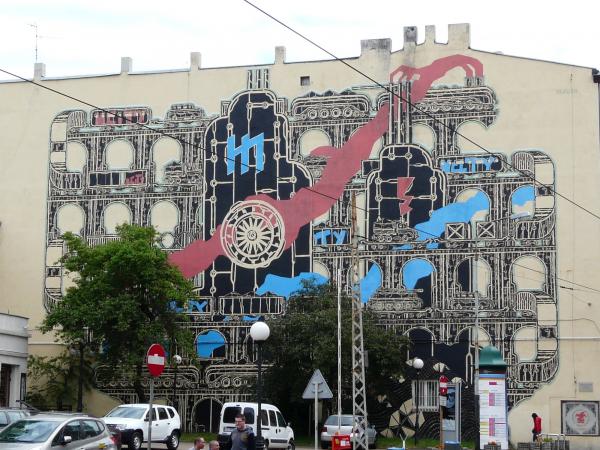 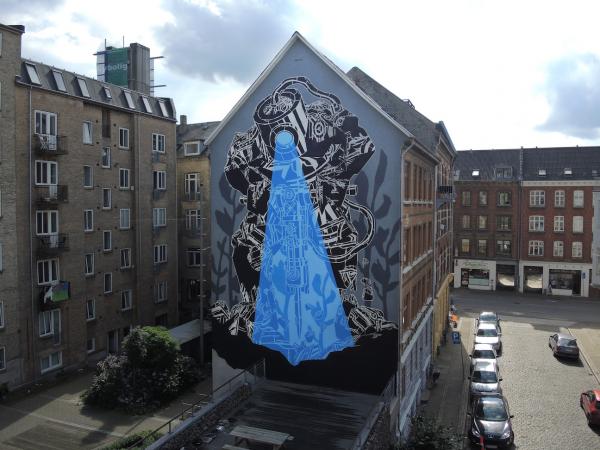 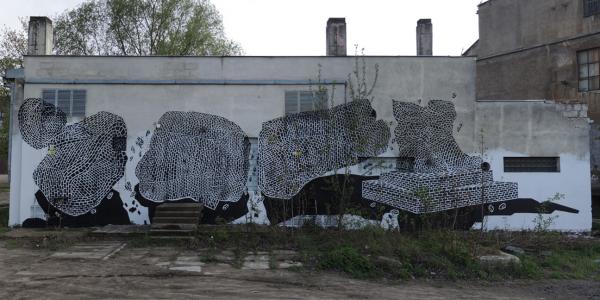 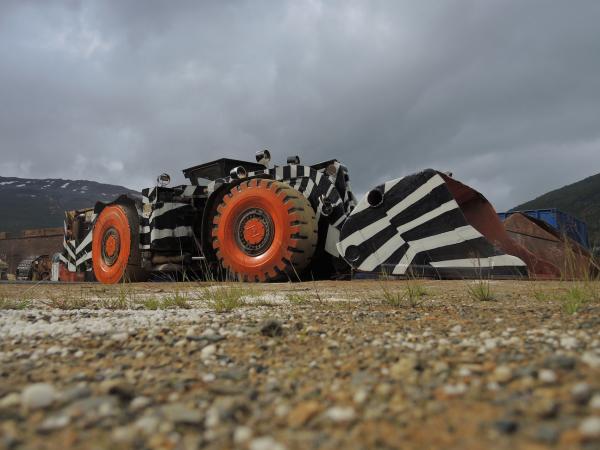 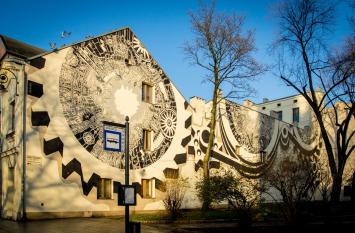 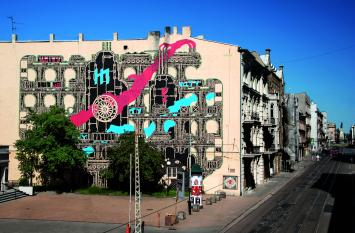