KRIK – an artist mainly connected with the classic graffiti scene. His pieces are usually maintained in a black and white palette, with a slight accent of a contrasting color. He is best known for his large-headed characters, portrayed in a humorous tone full of surreal absurdity.

Krik's first mural in Łódź (75 Kilińskiego Street) came to being in 2010, during the 12th International Festival of Comic Books and Games (the mural stopped existing due to the restructuring carried out in the area of the New Łódź Center).

The next (also no longer existent) mural by Krik – this time created in collaboration with Gregor, came to being in 2011 at 27 Pogonowskiego Street, outside of the Urban Forms' activity.

On the wall in Łódź at 135 Piłsudskiego Street (the elevation and staircase of the club called “Bajkonur”), we can still see a mural painted by Gregor and Krik in 2011 for the Urban Forms Foundation in collaboration with Boudewijn Brands Foundation. 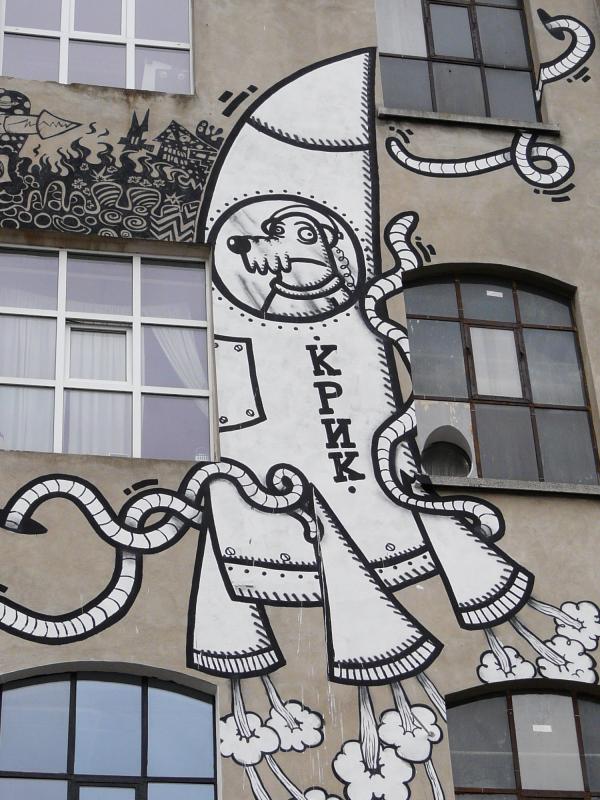 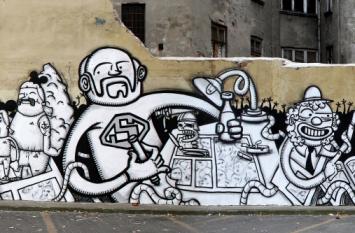