Jerzy Janiszewski is a Polish artist who has lived in Spain for many years. After graduating from the State Fine Arts University in Gdańsk, he began working as a designer. His most famous work is the logo of the Solidarity movement, known all over the world.

After martial law was imposed, he left for the West. He lived in Germany and France, and later settled in Spain for good. He works as a graphic designer, creating film and theater posters, logotypes and websites. He also creates collages and installations in public spaces of various cities.

In Łódź, in Stary Rynek, he created two large-format installations – “Ribbon Concert” in 2016 and “Ribbon Concert 2” a year later. “Ribbon Concert” was an ambitious project – the large-scale piece fit into the aesthetics of happiness, still so rarely seen in our country. The installation consisted of four steel beam towers and the net stretched between them to which thousands of ribbons of various colors were attached. Energizing, rustling, and glittering with colors, the piece became the background of many artistic and social events. 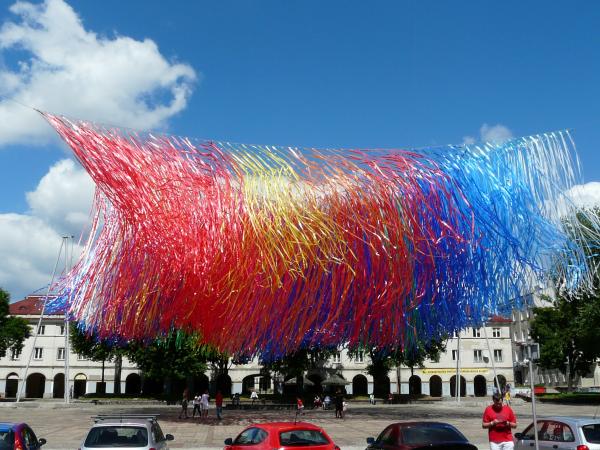 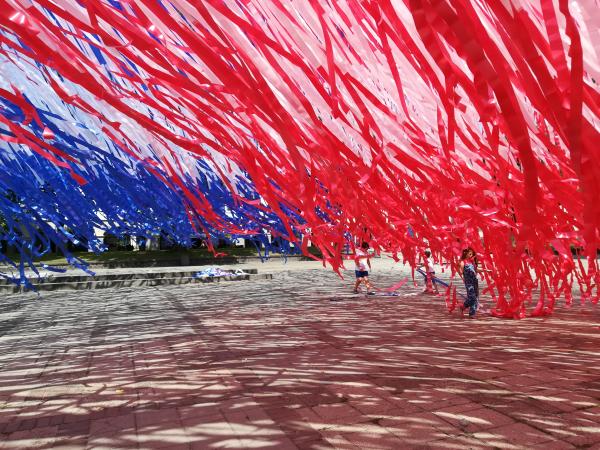 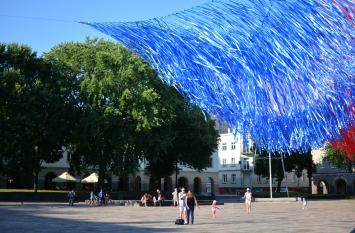 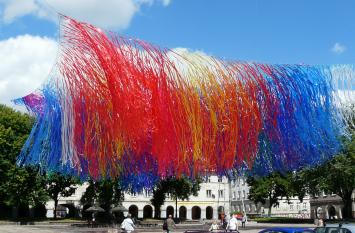