Inti – a street artist born in Valparaiso (Chile), living and working in Paris. His alias comes from the Incan sun god and the Quechua word for ‘the Sun’ as homage to his Chilean roots. The part of his work which makes his street compositions stand out is the fact that he covers the entire surface of the elevation that he uses to create a mural. In his paintings, we often see the representation of an enigmatic figure – a “traveler”, depicted on a contrasting, solid background. The Chilean's creative work is directly tied to the folklore of South America, and the works themselves are saturated with ample symbols drawn from the beliefs and stories of the native residents of Latin America. Inti's murals are characterized by extreme care and precision in the finish of their separate elements and a live, warm color palette. One of the artist's latest works is a series titled “La Madre Secular”, located on the walls of Marseille, Paris, and Lisbon, depicting – as the author himself writes – “a secular version of the Madonna in which an image of a female figure is placed outside of a religious context”.

In cooperation with the Urban Forms Foundation, Inti has created two murals in Łódź. During the second edition of the Urban Forms Gallery (2012), a piece called “The Holy Warrior” was created at 48 Strzelców Kaniowskich Street, and a year later (2013) “I Believe in Goats” appeared – the first mural on a high-rise building in the city, situated outside of the general center of Łódź (80 Wyszyńskiego Street). 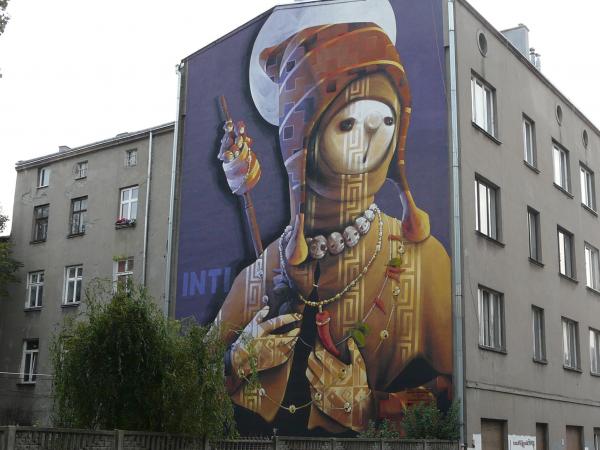 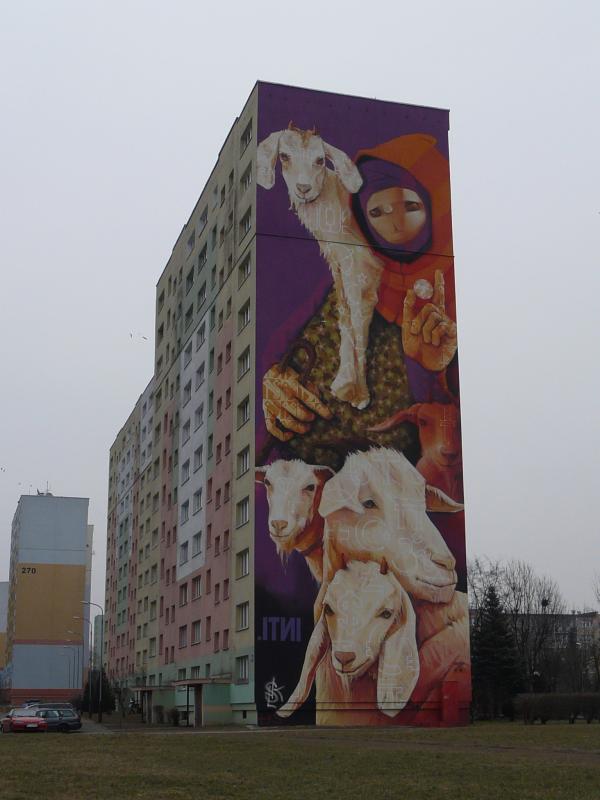 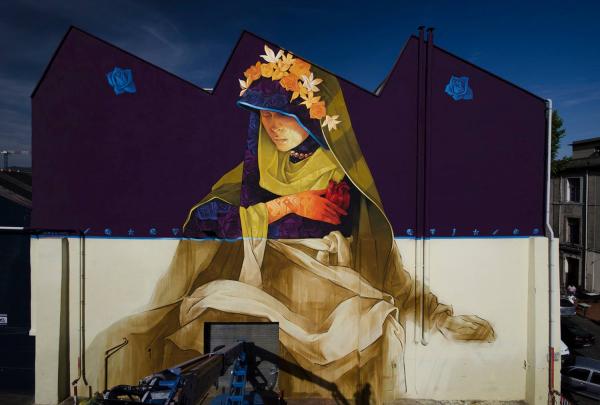 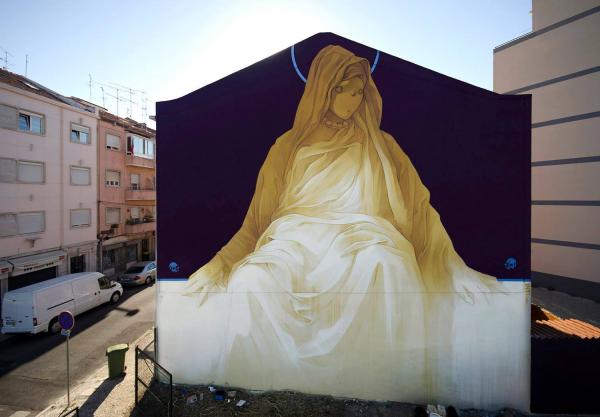 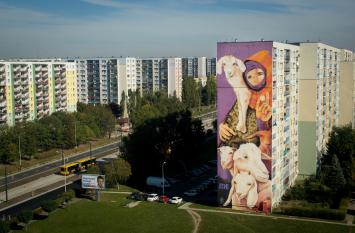 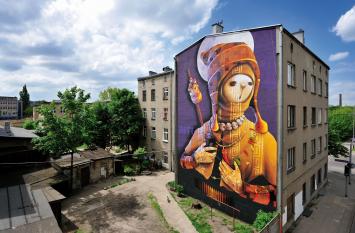