Gaia, real name Andrew Pisacane, hails from New York. He is currently living in Baltimore, although he spends most of his time traveling and painting murals all over the world. He is a graduate of the Maryland Institute College of Art in Baltimore, Maryland. His studio pieces, installations, and projects are exhibited all over the world, mainly in the Baltimore Museum of Art, Rice Gallery, and Palazzo Collicola Arti Visive. Gaia's murals can be found in cities such as London, Houston, Chicago, San Francisco, Vienna, Detroit, Perth, Montreal, and others. His style is defined by a deep interest in the place and its history which form the subject of the depictions and influence their form. As one of the most promising young artists of world street-art, he got on Forbes' prestigious “30 under 30” list in 2015 in the “Art & Style” category.

The artist describes himself as "a skinny white kid from the Upper East Side in New York”, where he grew up. His alias is the name of the Greek earth goddess – Gaia, as the artist claims that he identifies with the “Gaia hypothesis” formed by the scientist James Lovelock, whose theory states that Earth is an organism of infected individuals.

The main characters of Gaia's Łódź mural from 2016 (situated at 75 Kilińskiego Street) are Tadeusz Kościuszko and Thomas Jefferson, who got to know each other during Kościuszko's stay in the United States. The author of the work emphasizes that “as his final wish, Kościuszko demanded that his property be sold and that the money be used for the support of the emancipation and education of African Americans from the South. Jefferson never fulfilled his friend's wish, therefore presenting the repulsive double standards of a liberal democracy”. The mural depicts three versions of Kościuszko's statue from Plac Wolności (Freedom Square) which represent subsequent stages of the monument's history: its construction in 1939, its destruction during the Second World War, and finally its reconstruction in 1960. Next to the monument, we see the no longer existent buildings of Łodź Fabryczna Railway Station and the Hotel Centrum, where the new city center is coming into existence now. The mural's title, “Dementia” (“Oblivion”), refers to the successive erasing of the past from the city's fabric. The artist notices an important, symbolic relationship between the changes in the space surrounding the new Fabryczna Station and Kościuszko's history as a national hero. This mural opened the City Energy Festival in 2016, which was created to reflect the cycles of the city's life – its construction, destruction, demolition, and reconstruction. 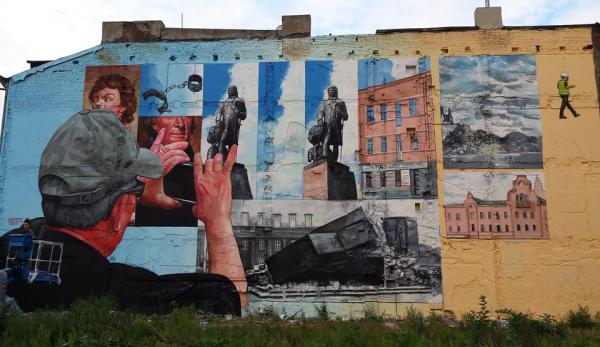 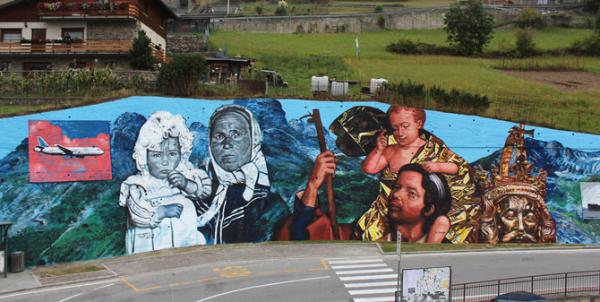 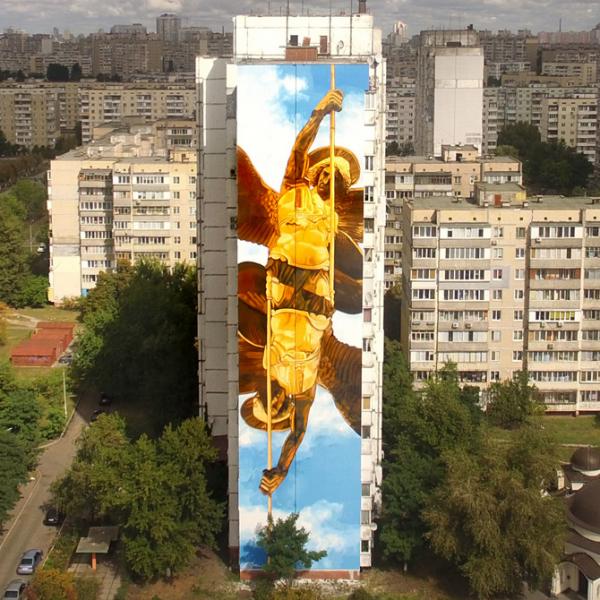 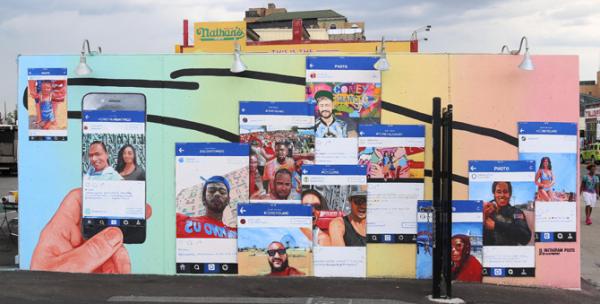 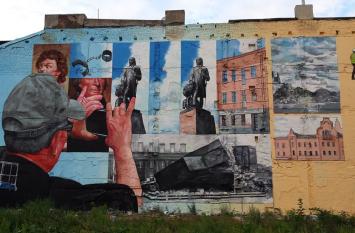