Eduardo Kobra (born in 1976) – a Brazilian artist born in Sao Paulo. One of the outstanding, world-renown street artists. He is a kind of artist who strives to have his work maintain the socio-historical and cultural character of the place. Kobra is famous for painting portraits on murals in a recognizable, photorealistic fashion with a characteristic kaleidoscope-like adornment. Kobra's other pieces (for example, Muros da memória – memory walls) refer to the appearance of old photographs and postcards. The artist often touches on the topic of the fight against environmental contamination, increasing the residents' awareness of the topic of global warming. He also expresses his general criticism of war and overall destruction. His work can be found in places such as New York, Los Angeles, London, Miami, Rio de Janeiro, Lyon, and Rome.

Kobra's mural in Łódź was created in 2014 in collaboration with the program called Mia100 Kamienic. It depicts the world-famous pianist Artur Rubinstein and is situated at 18 Sienkiewicza Street, across from the building of the Łódź Philharmonic, which is named after this famous virtuoso. 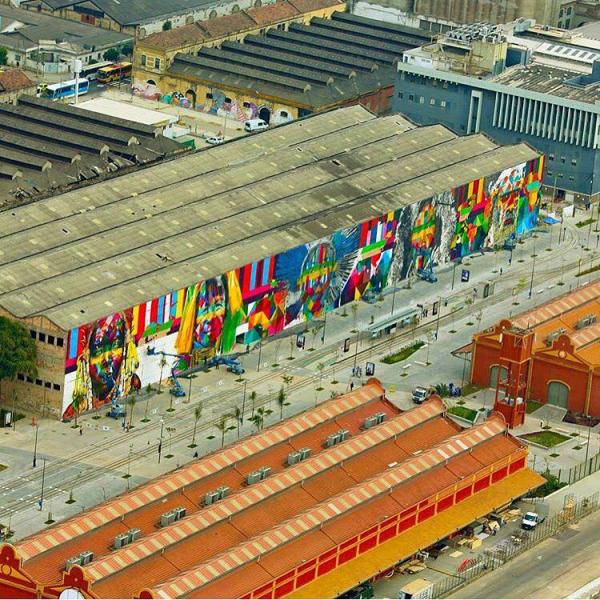 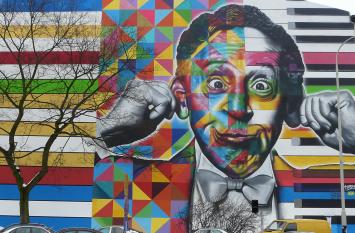