Dede aka Dede Bandaid – an artist from Tel-Aviv who began his adventure with street art by spray painting the Milky Way on the walls of his school. During his service in the army, he was already beginning to create graffiti which contained an explicit anti-system visual message (for example, child soldiers blowing bubbles), and after finishing it, he often made use of the symbol of a peace dove or massive animals in order to demonstrate his social and political views. Since February of 2008, he has been making references to current political events increasingly often. He has gained respect due to his artistic interventions, such as the transformation of an abandoned dolphinarium in Tel-Aviv (which was famous in connection with a suicide bomber attack at a disco in 2001) into a clapping jaw which is turned to the sea (Chattery Teeth).

Bandages (band-aids), understood as a symbol of healing of both personal and social wounds, are the most recognizable motif of his creative work. His work is mainly found in public spaces, although the artist avoids acts of pure vandalism. Since 2009, his work has been exhibited in Israel (for example, the Kishon Gallery) as well as in the USA, Switzerland, Italy, France, and Germany.

Those of Dede's murals which are in Łódź were created during the City Energy Festival in 2016 and have a common title Searching Safety. Band-aids which weave around windows are painted on a building in the area that was previously a Jewish ghetto (10 WiN Street). They evoke a painful memory of the history of the place, but they also bring hope for the healing of multicultural relations. This hope is also expressed in a white bird which is about to soar, a symbol of peace and safety (15 Młynarska Street). 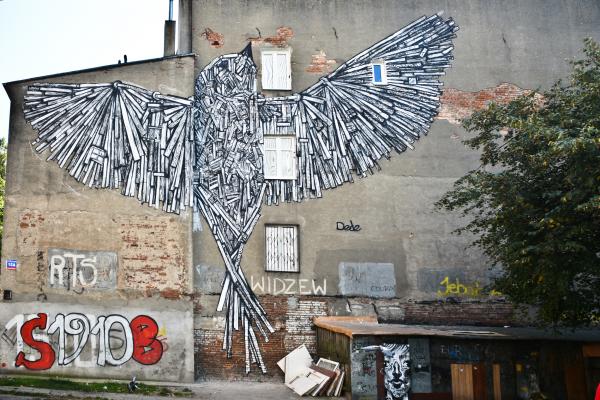 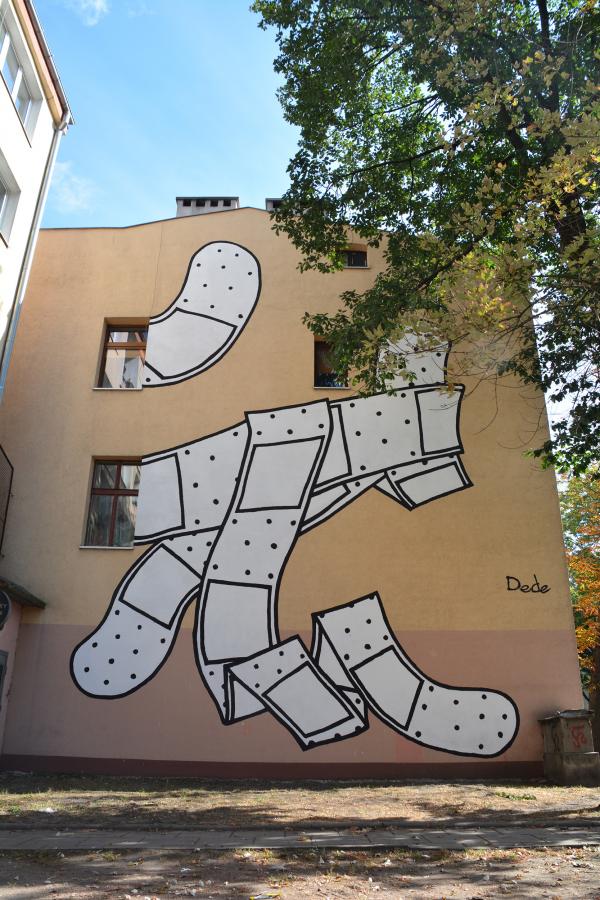 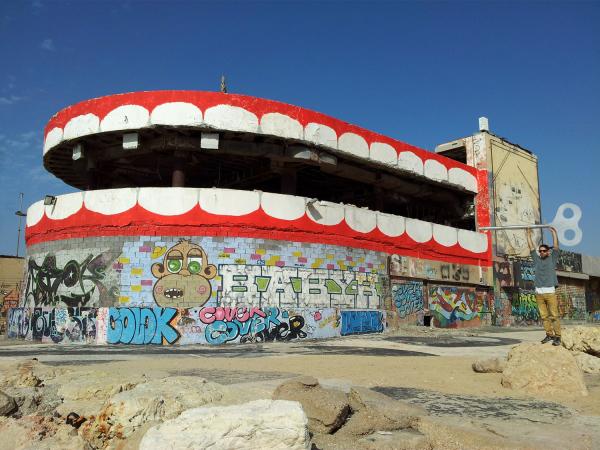 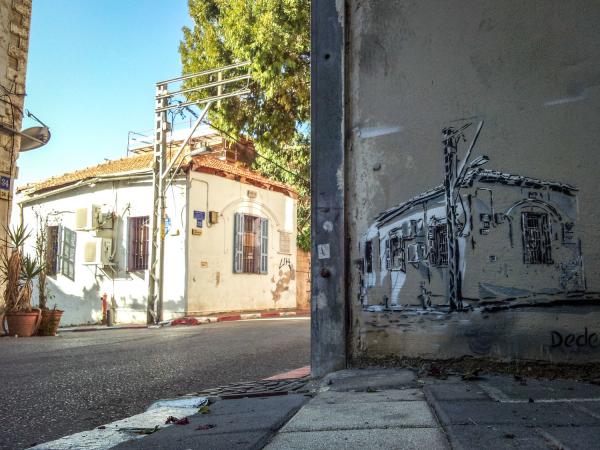 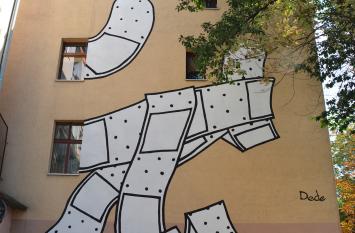 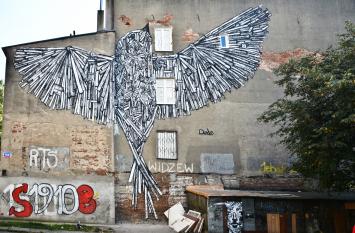