DALeast – a Chinese street art artist who keeps his personal information secret. He currently lives in Capetown, South Africa. As a three year old, he was already interested in art. He specializes in pieces which gain depth as you look at them from a large distance. His very detailed projects often look as though they are made from thousands of miniature metal fragments. DALeast's work can be admired on nearly every continent. His pieces adorn Cape Town, Miami, New York, Brick Lane in London, and various cities in his home country, China.

The mural that DALeast created in Łódź in cooperation with the Urban Forms came into being in 2014 during the fourth edition of the Urban Forms Gallery. Although the artist did not give the piece any title, the mural is often called a “little deer” by the residents. It depicts a giant red deer, built from branches, which ultimately disperses, making room for a group of birds. It can be seen at 10 Łąkowa Street. 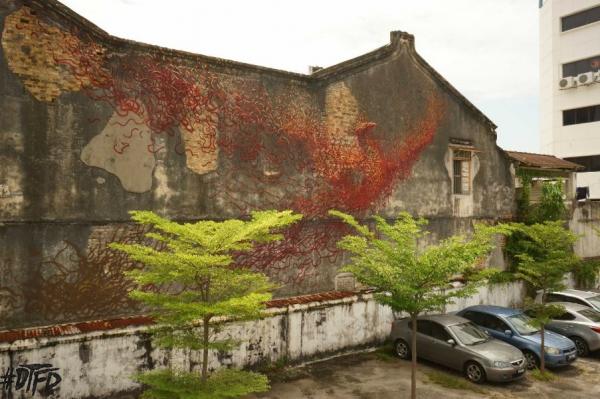 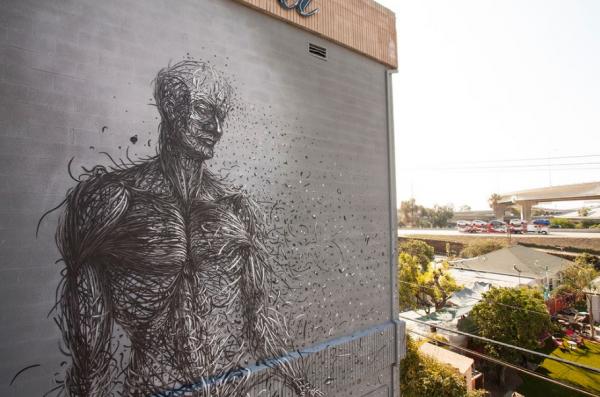 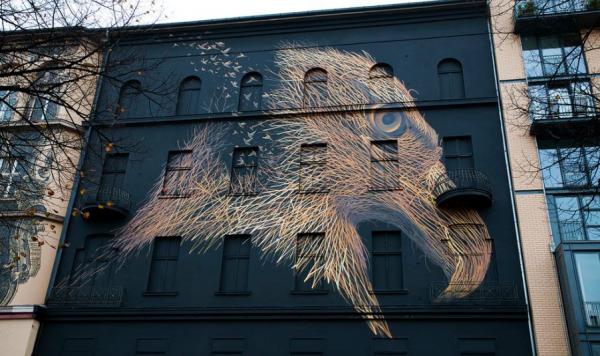 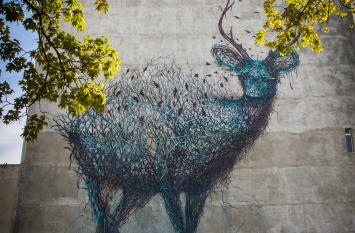