Ciah Ciah – an artist hailing from Wrocław. His creative work is mainly characterized by simplicity, a geometric approach, a reduced color palette and a synthetic approach to painting. It touches various topics, occultism is often present in his projects, along with mind control and the beguiling of individuals by false prophets. Besides murals in the city landscape, he also works on sticker art as well as paper and custom toys. Regardless of the means of expression, the common denominator in his works is an emphasis on quality and familiarity with one's craft, traditional as well as digital. He has participated in various group exhibitions all over the world. He has been creating a private street art collection.

A no longer existent mural by Ciah Ciah and Gregor which used to be in Łódź came into being in 2010 during the first project by the Urban Forms, “Lipowa 2010. The Reactivation”, financed by a grant from the Orange Academy Foundation, realized in partnership with the Stare Polesie Settlement Project Committee and Primary School no. 26. The piece was removed during a later renovation. 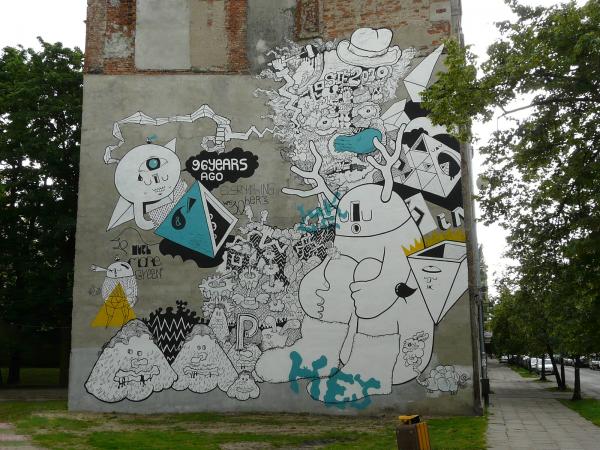