Caro Pepe – an Argentinian artist, nicknamed Geduldig ("patient" in German). As she claims herself, among a thousand words she could describe herself with, this one is most in line with her actions. She portrays only female figures because she is also a woman and can relate to them best and engage with them on an emotional level. A characteristic feature of her style is showing faces with just one eye, which is meant to symbolize our human, subjective approach and imperfect perception of the world. 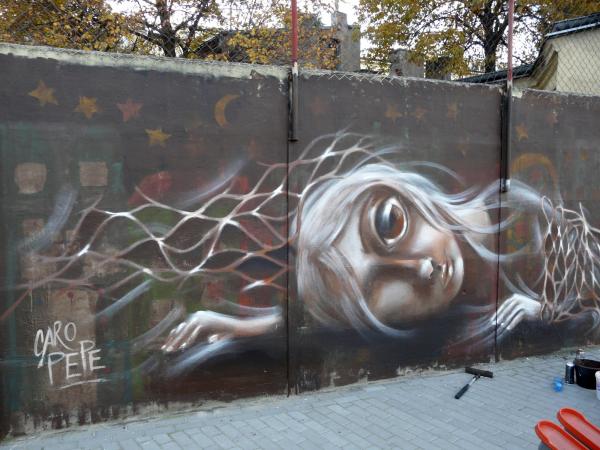 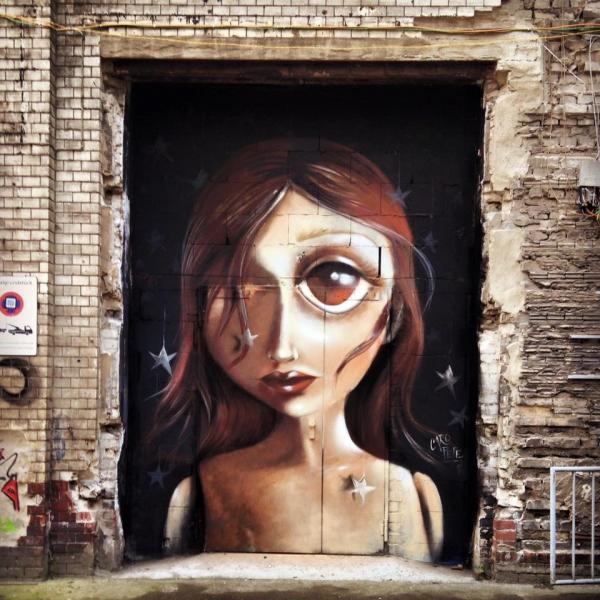 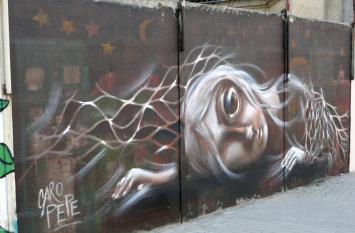