Artur Bordalo, known as Bordallo II (Segundo), was born in 1987 in Lisbon. He paints his own interpretations of city landscapes in a fresh, lively, and movement-filled take. Strongly connected with the idea of ecology and recycling. He creates, processes, collects, and develops ideas which make use of materials the life cycle of which has ended, trash and other recyclable products, at the same time trying to increase social awareness and leave the ecological balance undisturbed. The artistic use of trash is also a type of criticism of the world which we have come to live in, as the artist is making a world in which things once precious and important quickly turn into rubbish. Bordalo II never buys materials for his projects but obtains them by looking though junkyards and garbage dumps. The international project “Big Trash Animals” is a collection of installations placed, among others, on the walls of Lisbon, Barcelona, Dresden, Hamburg and Tallinn, presenting enormous images of animals created from waste, which is supposed to turn the viewer's attention towards the issue of waste and contamination of the environment.

The mural in Łódź, “The Swift”/Apus Apus, came into being at the turn of August and September 2015 during the City Energy Festival (which was a continuation of the Urban Forms Gallery Festival). It is the first installation in the series called “Big Trash Animals” in Eastern and Central Europe. It can be seen on the building at 127 Kilińskiego Street. 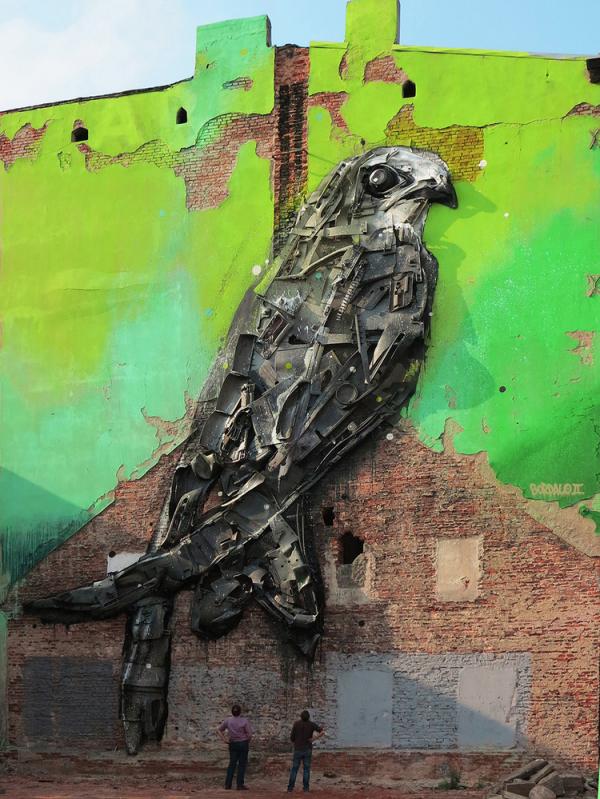 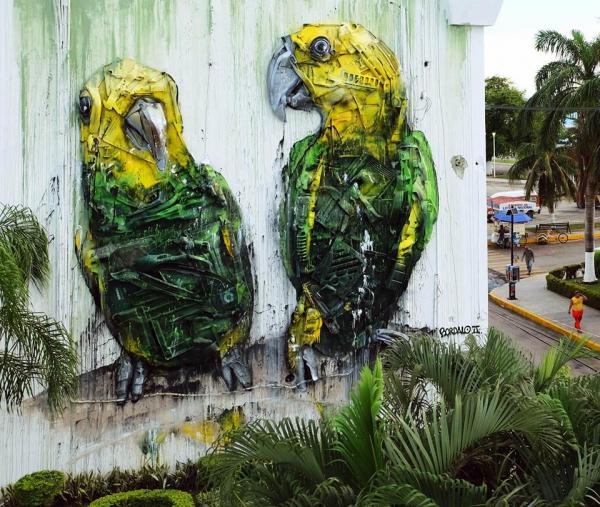 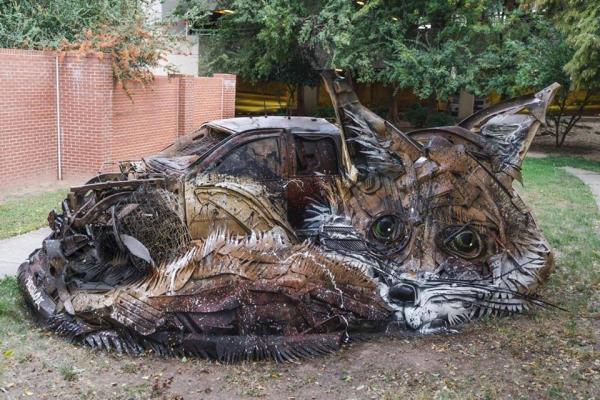 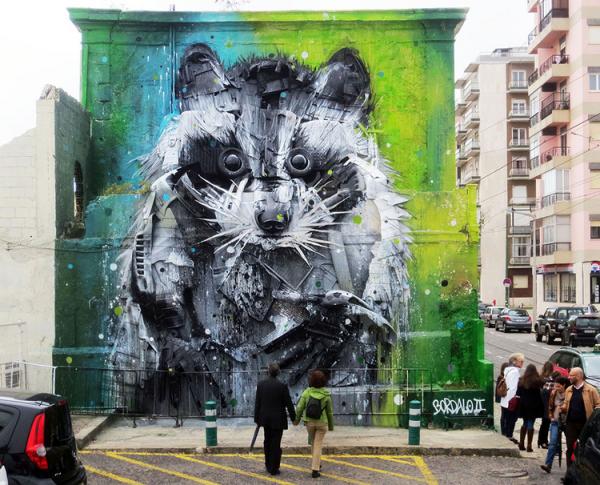 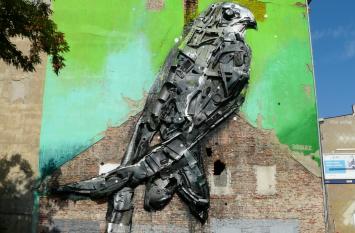